Hobbit Battle of the five armies

A very good movie. It took me 3 years to complete the series... I don't want to be a spoiler, so watch it yourself. The movie is about 2 and half hours. So please wear any thick jacket, otherwise you are going to be frozen.

A boy who sat next to me was freezing. I sensed his coldness and he was not alone. His feet did hit me many times, adjusting his position. My wife and Danny, glued their eyes on the screen, dare not to miss every moment.

Once  the movie  finished,  everybody  rushed to the ladies and the  rest room... He he... 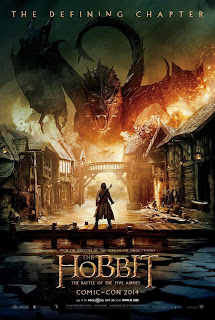 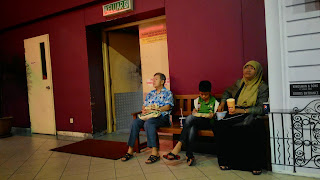 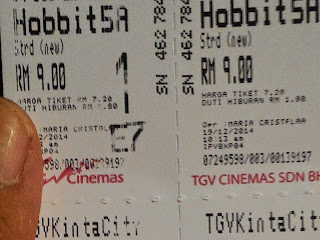 Most of the time.. I  closed my eyes as it was a bit scary to have seen the doctor using a pair of scissors to cut the foreskin and by then within  10 minutes, it's over. Wow.... It was quick. The clamping was used to cover the newly born head. Cute.

My wife taking a week leave just to take care of her son. She treated her son like a king. Mother knows best.

It has been two weeks since and now he  is recovering. I saw him looking at his newly balded head shape canopy.... Many times. Maybe there were a thousand questions lingering his mind.  Let it be for a while as I am going to explain all to him.. How  a boy becomes a man.... One day.

Life as it is.
Spenda Pintal Getah. 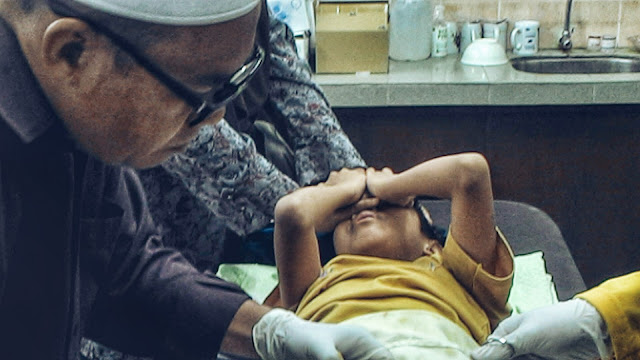 My last post was 8th December 2013, it means it was a year ago.... 12 months without any updates from me. Then all of a sudden I received a text from one of my pupils inviting me to her blog which I followed many years ago.

Is it coincidence or what?  I can't say. Rasyidah is one of my favourite pupils. Joyful person and intelligent too. I became her class teacher for almost 4 years and I loved to see her every day.

Now, she's going to be fifteen next year. Growing up to be a very fine teenager academically and spiritually.  All the best dear, sire will always remember  you and thanks too for reminding me of my blog which I left it  alone and lonely for a year......

Her blog as listed below.... Click and enjoy reading her story.... 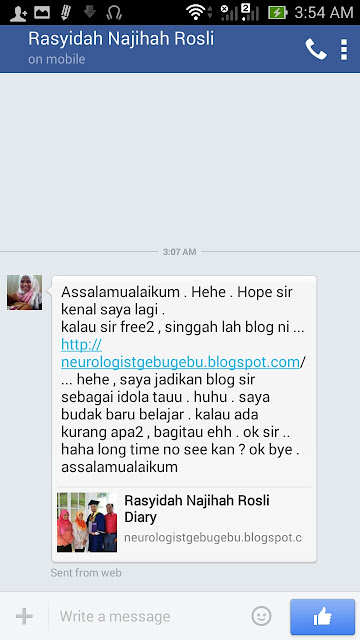